For those of you who have missed it, here is the interview of  Lo que AI que oir (What AI has to hear) (The Spain AI Podcast) that they did to Oscar Garibo and me. Thanks to Spain AI, Alba Pérez Fernández, Karen Troiano and Alberto Julián. 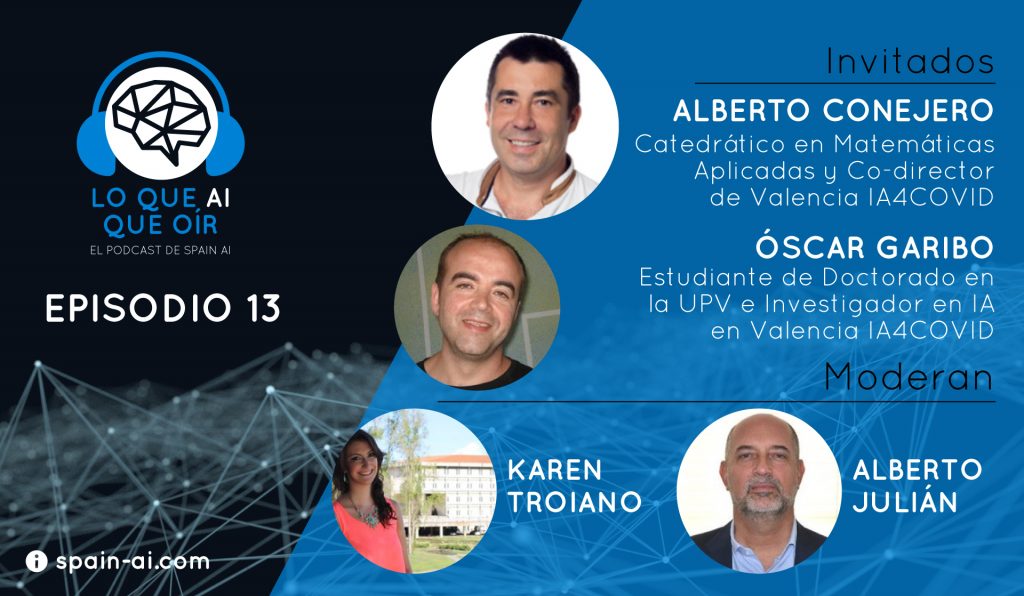 In this interview, we speak about our participation in the XPRIZE Challenge, but we also had time to speak about Mathematics, AI, and life. You can hear it in Spanish here:

Obesity and overweight are a serious health problem worldwide with multiple and connected causes. Simultaneously, chatbots are becoming increasingly popular as a way to interact with users in mobile health apps. Our study reports the user-centered design and feasibility study of a chatbot to collect linked data to support the study of individual and social overweight and obesity causes in populations. We first studied the users’ needs and gathered users’ graphical preferences through an open survey on 52 wireframes designed by 150 design students; it also included questions about sociodemographics, diet and activity habits, the need for overweight and obesity apps, and desired functionality. We also interviewed an expert panel. We then designed and developed a chatbot. Finally, we conducted a pilot study to test feasibility. With this work, we have shown that t 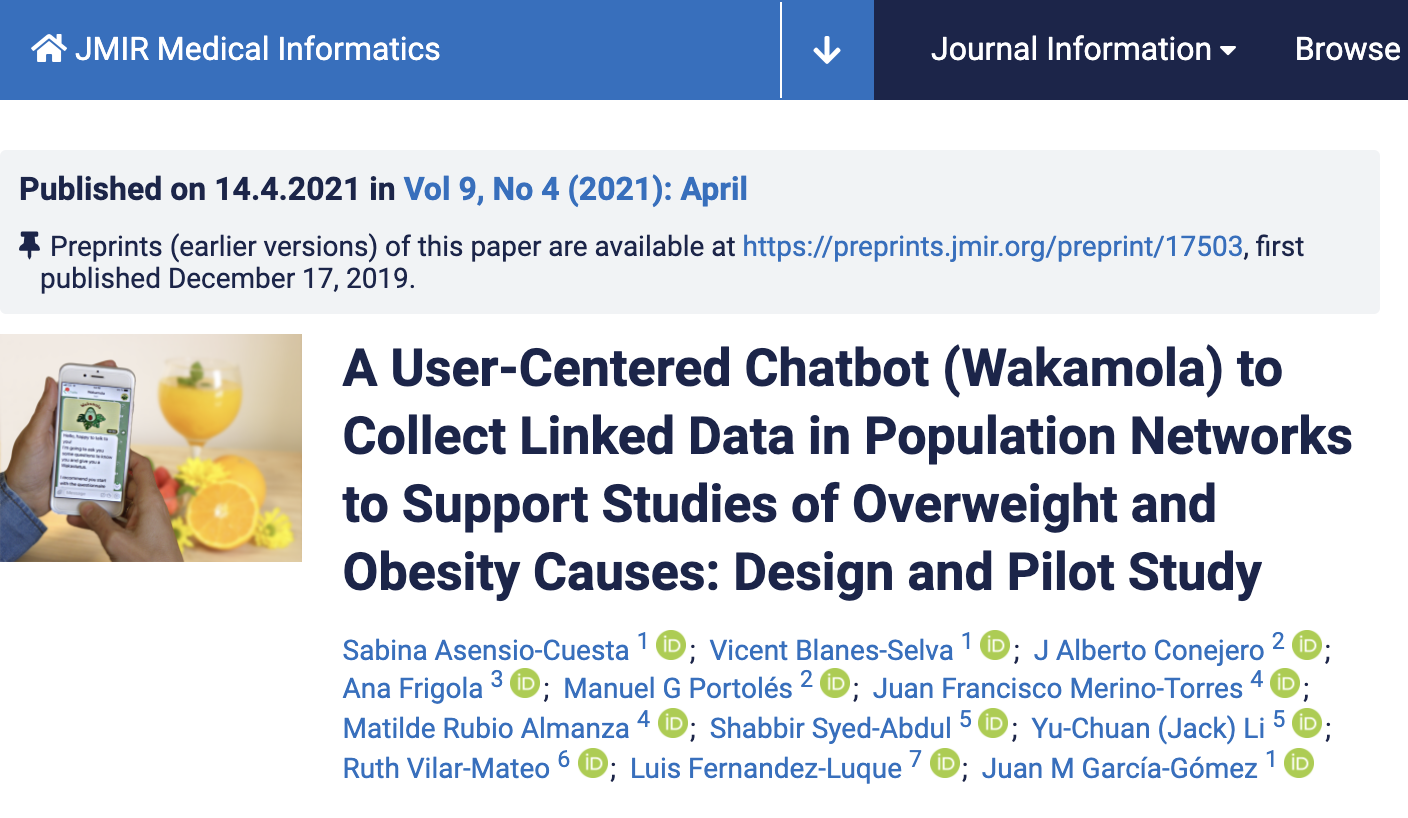 he Telegram chatbot Wakamola is a feasible tool to collect data from a population about sociodemographics, diet patterns, physical activity, BMI, and specific diseases. Besides, the chatbot allows the connection of users in a social network to study overweight and obesity causes from both individual and social perspectives. You can access to this work here S. Asensio-Cuesta  et al.
A User-Centered Chatbot (Wakamola) to Collect Linked Data in Population Networks to Support Studies of Overweight and Obesity Causes: Design and Pilot Study. JMIR Med Inform 2021;9(4):e17503
doi: 10.2196/17503

Our group is made up of fourteen experts from the Universities and research centers of the Valencian Community. Our model successfully forecasted epidemiological evolution through their use of AI and data science and provided decision makers with the best prescriptor models to produce non-pharmaceutical intervention plans that minimize the number of infections while minimizing the stringency of the interventions.

You can find the details of the prize here  and of our model here .

On September 30th, 2020 we have received funding for the project Ciencias de Datos e Inteligencia Artificial contra el COVID-19, IA4COVID19, from Fundación BBVA among more than 150 proposals presented to the call in the category: Big Data e Inteligencia Artificial (“Data-IA-COVID-19”). This proposal has been lead by the data research scientist Nuria Oliver from Ellis Alicante. The initiative, is linked to the Valencian Strategy in Artificial Intelligence.

Our project is a collaborative work that we have developed voluntarily and altruistically since the beginning of the crisis caused by the pandemic, professors from Valencian universities. The research entitled «Data science against Covid-19» brings together the participation of civil society (through a citizen survey), experts from the academic-research environment, and public administration, with the aim of providing information so that the those responsible for public crisis management can make informed decisions based on scientific evidence obtained from data analysis. In particular, I collaborate in the epidemiological models part and as head of the UPV node together with Miguel Rebollo from the VRAIN Institute. The initiative, linked to the Valencian Strategy in Artificial Intelligence through the commissioner of the presidency occupied by the researcher Nuria Oliver.

I have recently presented a contribution in the with Francisco Pedroche on rankings. We have particularized to Spotify. While people around the world stopped, music didn’t: we have shown that during the worst months of the pandemic, the list of the Top-200 hits on Spotify, produced from the streams registered on the popular app, had 18% more songs. The most played songs worldwide, during the months studied, were Dance Monkey (Tones and I), Blinding Lights (The Weeknd), and The Box (Roddy Ricch).

This means that, regardless of whether record companies published new material or not, listeners changed their preferences more often during the pandemic, thus causing an increase in the number of songs that made the lists. Thus, the first quarter of 2019 registered 474 songs on the Top 200 list, whereas in the same period of this year, the number of hits was 557, which represents an 18% increase. This figure reveals a significant increase when compared to the 1% decrease that took place during the same period from 2018 to 2019, or the 9% increase from 2017 to 2018. 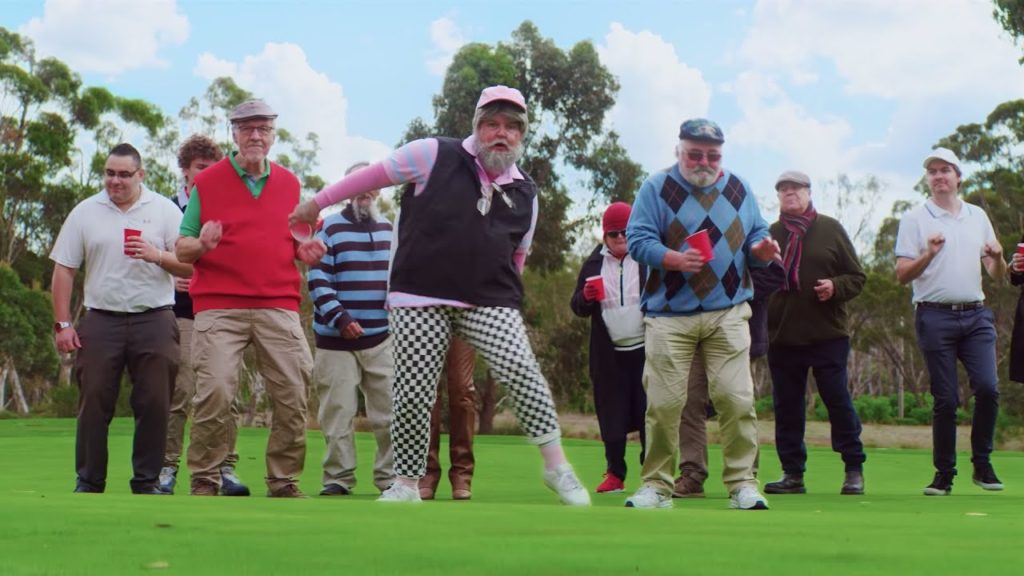 Some links to the news on this paper: MUSIC NEWS, TIME24, La Vanguardia, and ABC. 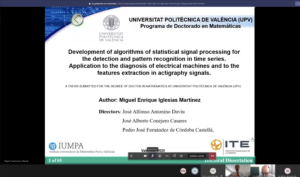 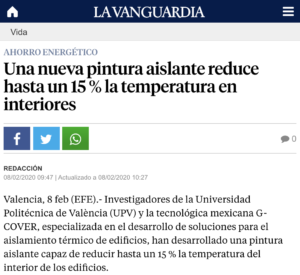 I have taken part in the ICIAM conference held in València. I have been involved as a member of the local committee, and also as a coorganizer of a minisymposia on Dynamical systems with applications to science and engineering. I have also delivered a talk entitled «Dynamics of the data dissemination in 5G opportunistic networks», of a joint collaboration with the Grupo de Redes de Computadores (GRC) of the UPV.

I have also had the opportunity of publishing and outreach article on Mathematical Modelling in Energy Efficiency Problems, jointly with P. Fernández de Córdoba, in the Intelligencer delivered to all participants.