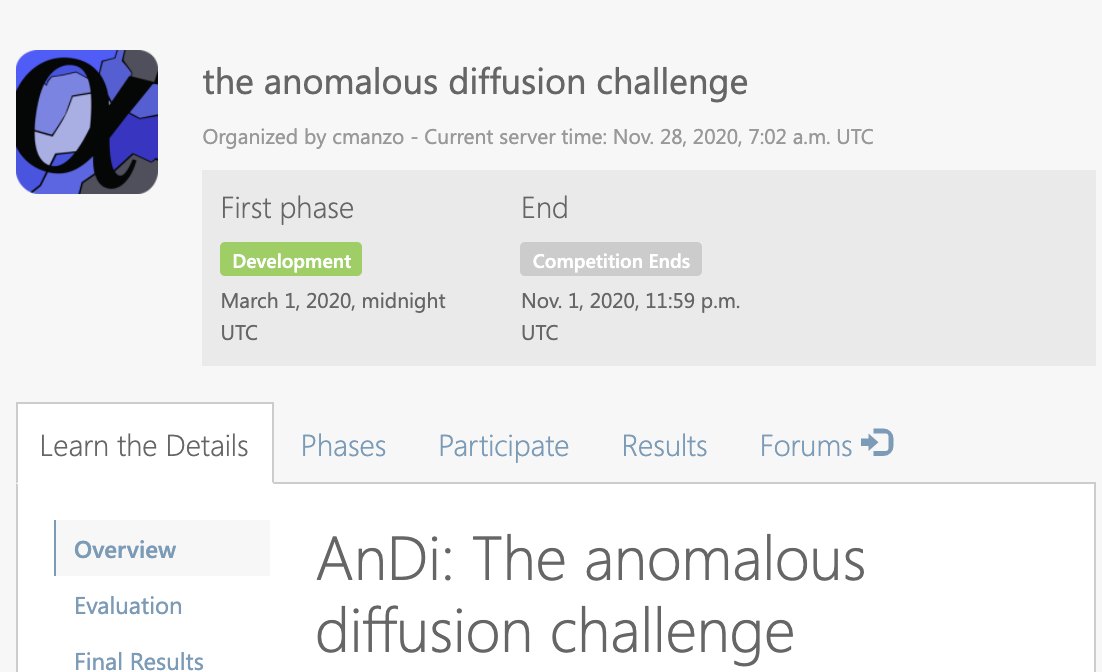 During the last months, I have been participating in the ANDI Challenge, together with my Ph.D. student Óscar Garibo. Since Albert Einstein provided a theoretical foundation for Robert Brown’s observation of the movement of particles within pollen grains suspended in water, significant deviations from the laws of Brownian motion have been uncovered in a variety of animate and inanimate systems, from biology to the stock market. Anomalous diffusion, as it has come to be called, is connected to non-equilibrium phenomena, flows of energy and information, and transport in living systems.

The challenge consists of three main tasks, each of them on 3 Dimensions:

Collaboration in The Conversation